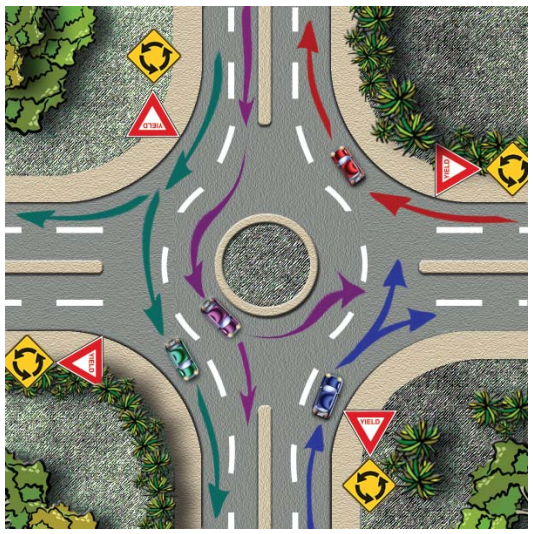 Like any new technologies or ideas, there are challenges and an adjustment period. The traffic circles are no exception to this conversation, with roughly ¼ of all traffic fatalities in the United States associated with intersections, it is critical that safer designs be implemented as widely and routinely as possible. Traffic circles have proven to be a safer and more efficient type of intersection.

Most significantly, traffic circles REDUCE the types of crashes where people are seriously hurt or killed by 78-82% when compared to conventional stop-controlled and signalized intersections, per the American Association of State Highway and Transportation Officials (AASHTO) Highway Safety Manual.