As stewards worthy of community trust, we work to discern, define, and implement an agenda to nurture and preserve our residents’ quality of life. Through Town Council policies and leadership, we foster an open, cooperative, and admired model government that encourages full public participation and ensures the level of services our citizens expect and deserve.


To email all Town Council Members please use this link: Send Email 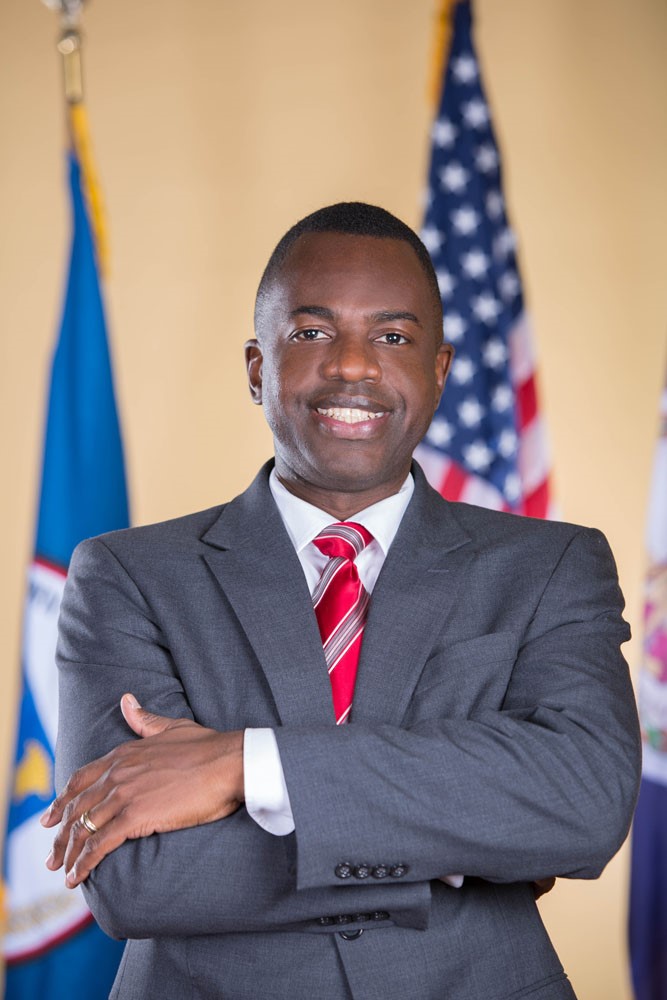 Having resided in Purcellville since 2006, Kwasi Fraser, his wife, Angela, and their three children settled in Purcellville because they like its balance of old and new, its warmth, and consider it a great place to raise their family. During the past few years, Fraser has actively engaged in community service including youth sports and school activities.

As Mayor of Purcellville, Kwasi Fraser, along with his fellow town council members, is actively working to place the needs of Purcellville's citizens first to preserve their quality of life and also to create lasting value for the town.

The Mayor's most recent "State of the Town" presentation is available at this link. Current Term of Office: July 1, 2020 - June 30, 2022  Email: Send Email    (kfraser@purcellvilleva.gov) 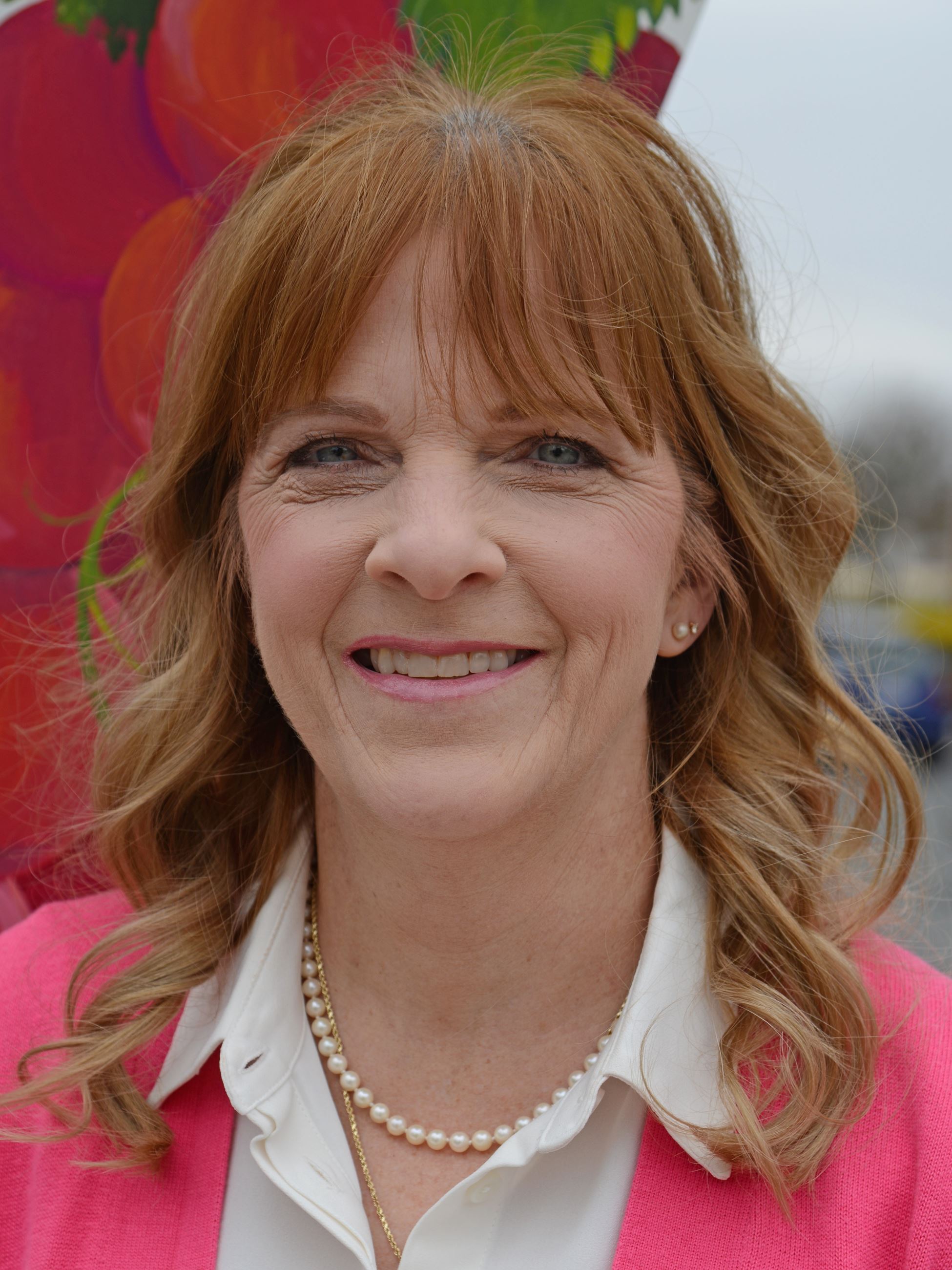 Mary Jane Williams has been a resident of Purcellville since 2002 and is the proud wife of Karl and mother of Kolby. Kolby is a 2017 graduate of Loudoun Valley High School and a 2020 graduate of the College of William and Mary.

Her focus in serving the Citizens of Purcellville revolve around the basic concerns voiced by many: maintaining our small town character, managing economic growth that helps keep taxes low and our infrastructure sound plus listening to the voices of the citizens.

One of her desires is to bring the “voice of the people”, especially the younger adults in our community into the decision making process whether through “community chats” or “citizen input” during the Town Council meetings. She would like to focus on the voice of the youth in helping shape the future of our Town. Our citizens want to be a part of the system, but need the open invitation to allow them to speak.

Mrs. Williams was a Social Science and Global Studies teacher for over 30 years, with the past 20 years being spent in Loudoun County. Upon retirement in June of 2020, Mrs. Williams was teaching at Loudoun Valley High School along with serving as Department Chair and Activities Coordinator. Throughout her career she served as a teacher of government and economics plus was the Debate Coach at Stone Bridge High School, the Model Judiciary Sponsor at both Stone Bridge High School and Loudoun Valley along with being a senior class sponsor. As a teacher, she made a point of reminding students of their civic responsibilities including voting, jury duty and sharing their opinions with others. Thus, with her own advice, she decided to run for Town Council and become a truly active member of the community; hopefully one that the citizens will share their ideas with.

Mary Jane graduated in May 1985 from SUNY Potsdam with a BA in History along with 7-12 Certification in Social Studies. In May 1986, she graduated from the University of Virginia with a Masters in Education degree. Throughout her teaching career, she has been a life long learner in the social sciences, including political science, law and economics 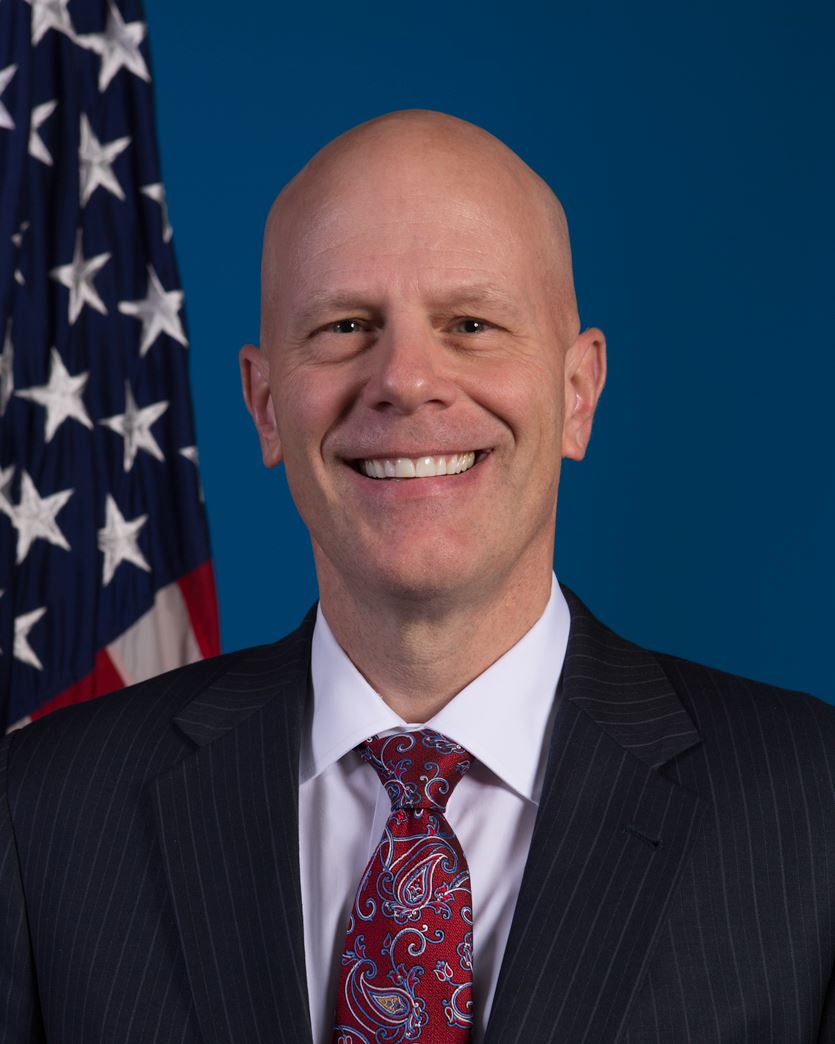 Tip holds a Masters in Public Administration from Shippensburg University, a Masters in Strategic Studies from the Army War College at Carlisle Pennsylvania, and a bachelor’s degree in Economics from the Virginia Military Institute.  He is a graduate of the Federal Executive Institute, Leadership for a Democratic Society. 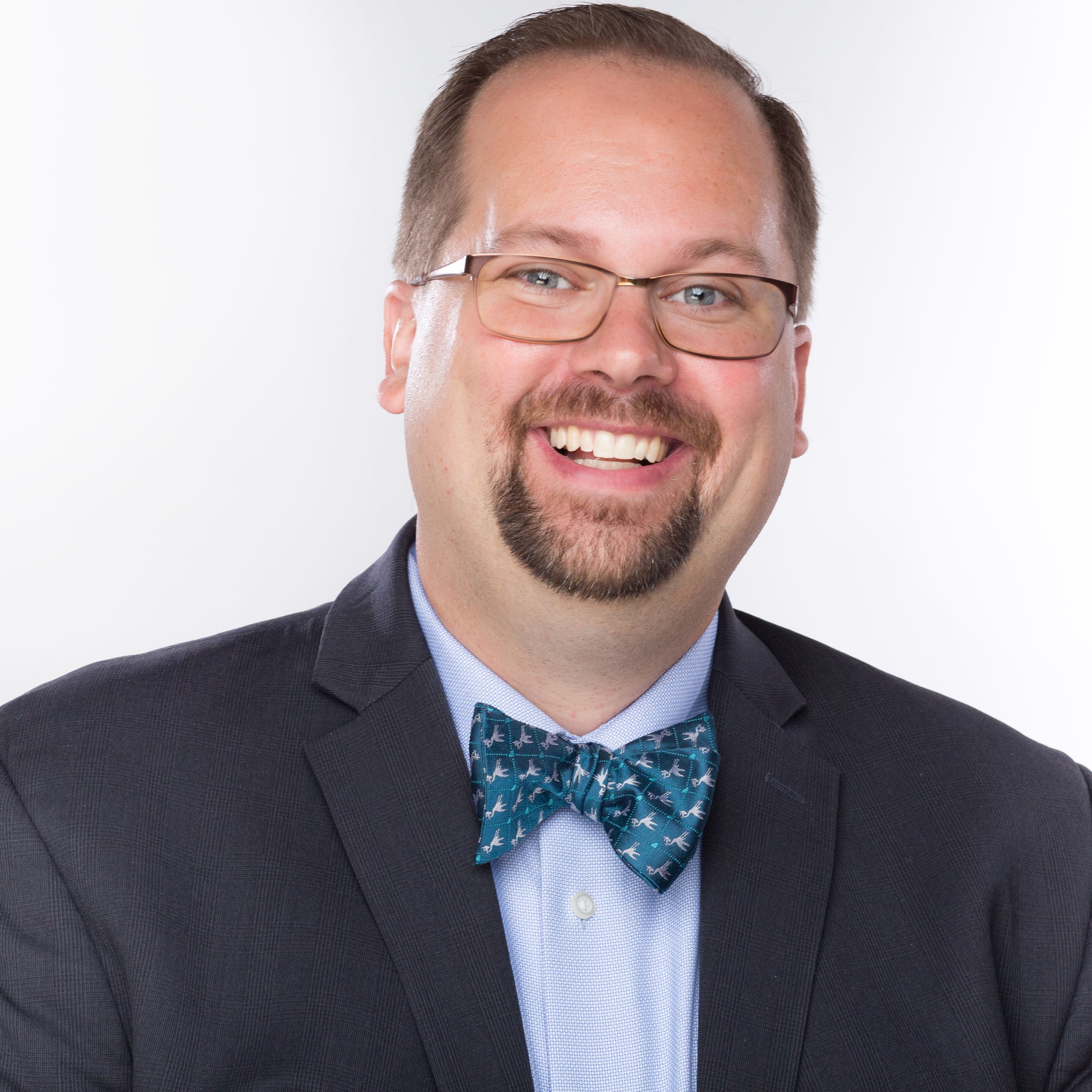 Joel Grewe has lived and worked here in Purcellville for more than a decade. He is comfortable with whipping up budgets, organizing teams, keeping stakeholders informed and teaching leadership and ethics. These are daily skills he uses in his work as director of Generation Joshua, a nonprofit headquartered here in town that teaches American government, politics, and leadership to high school students nationwide. Joel has also served on his HOA board as needed since 2011. 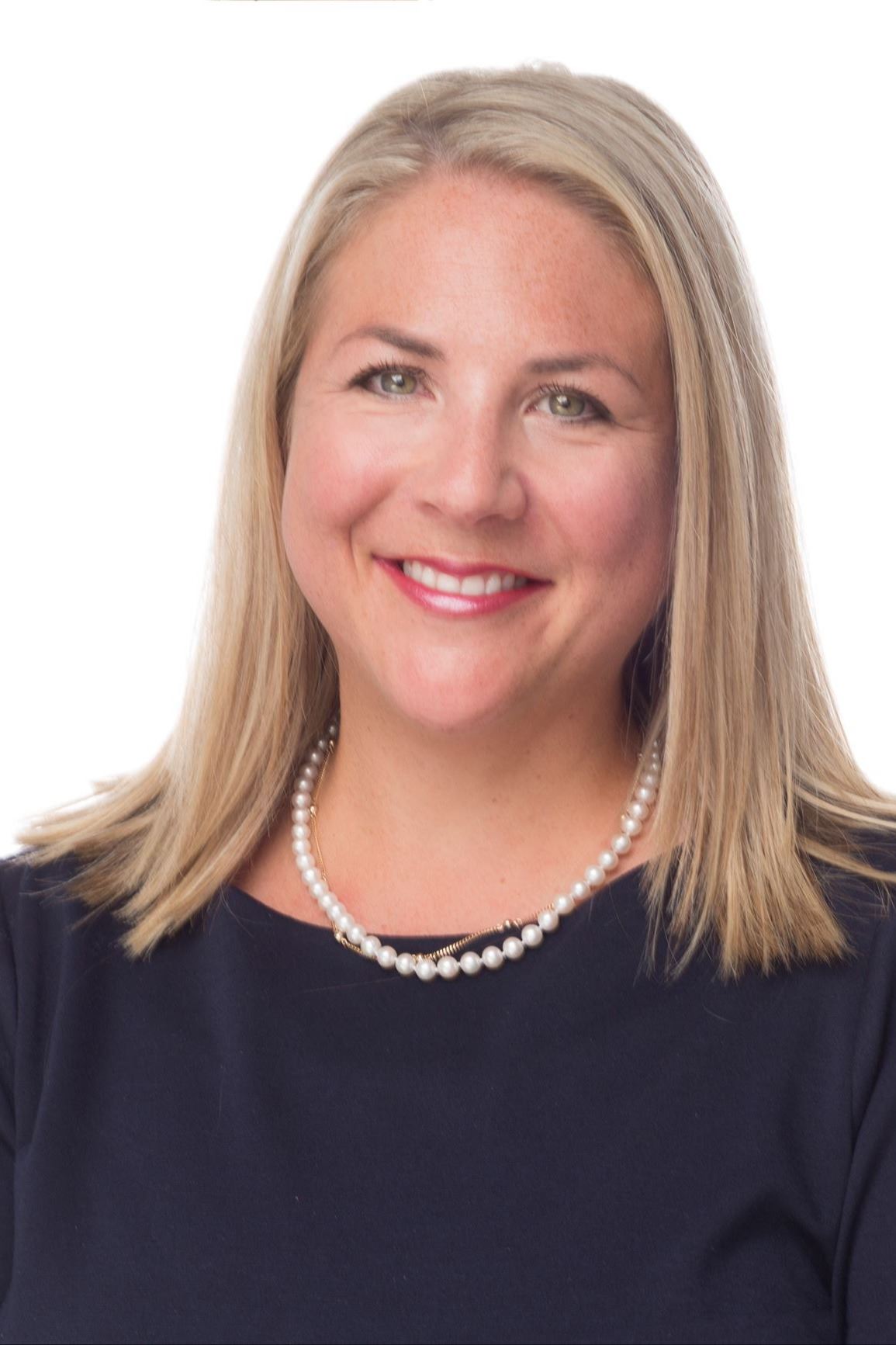 Erin was born in Calgary, Alberta, Canada and moved to Alaska at the age of 10 with her family. Erin attended The University of Alaska, Anchorage and graduated with a double degree in Psychology and History.

In her final semester of University, she studied abroad in London, England where she worked as an intern in British Parliament for a Member of Parliament working on white papers and European prison policy. She decided to stay in England and studied for her Master’s and post-graduate work at Keele University in Global Security and International Relations specializing in Energy Security and Policy. While at Keele, Erin sat on many political debate panels discussing American politics and spoke on BBC radio on various American political topics. She also authored a chapter in an academic book on Energy Policy. In 2010, while still living in England, Erin sat on a local Town Council for a small town in Cambridgeshire.

In 2011, Erin returned to the United States, working for an oil and gas project consulting firm in Ashburn. After five years of consulting, she was offered a full-time position as Congresswoman Barbara Comstock’s Community Outreach Director.

In January 2019, Erin started her own consulting firm, Erin Rayner Consulting and has represented numerous clients including UsAgainstAlzheimer’s, acting as the Director of VeteransAgainstAlzheimer’s where she lobbied for veteran rights and support for service-related brain injuries.

In January 2020, Former Congresswoman Comstock appointed her to be the Executive Director of the Barbara Comstock Program for Women in Leadership based at George Mason University’s Schar School for Policy and Government.

• Treasurer and Board Member for Purcellville-based non-profit, Virginia Regional Transport

• Board member for the economic development non-profit Committee for Dulles

• Board of Supervisor’s Appointee to Loudoun County Fiscal Impact Committee 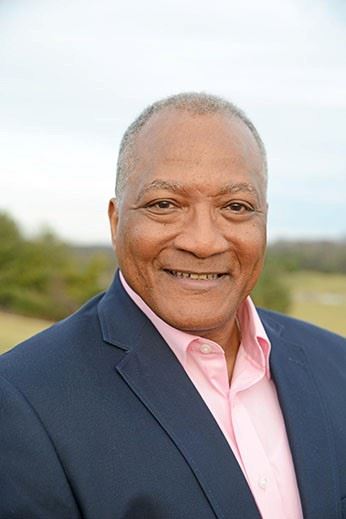 Stanley J Milan, Sr has lived in Purcellville for the past 10 years. He currently resides in Old Dominion Valley Development with his wife Jona and their young baby daughter.

Stanley served in the Military as a Missile Technician on Trident Submarines and retired after 22 years of service. As First Lieutenant while stationed aboard the USS Alaska (SSBN 732), he supervised the training, advancement, and personal growth of the Deck Division and the Weapons Department (Missile and Fire Control Technicians) in the United States Navy. He also performed the duties of career counselor and command financial counselor to his peers and junior personnel in the Navy.

In addition to his 30 year service to our country, he was also a Reserve Deputy Sheriff for Kitsap County in Washington State. His volunteering spirit and serving the public continued after moving to Fairfax Va. and volunteered to be a Reserve Deputy Sheriff in Fairfax County. As a Law Enforcement Officer, he used his restraint under pressure, collaborative problem solving skills, resiliency, and assertive demeanor to advance the goal of serving and protective the community.

Stanley’s career in the IT services spans over 3 decades. Employed by the top 5 defense contractors in the nation, his positions as Information Security System Officer (ISSO) and Industrial Special Security Administrator (ISSA) often required overseas travels, with a most recent 6 month and 9 month deployments in Afghanistan. This experience afforded the opportunity to witness the first-hand global scale of politics and the importance of local governance.

In his free time, Stanley studies Yoga and is a 5th degree Master Black Belt in Hapkido and a 4th degree black belt in Taekwondo. He has taught self -defense classes at Loudoun Valley Yoga and is an instructor at a DoJang in Herndon, Va. His academic Bachelor of Science degree is in Occupational Education from Southern Illinois University. He utilized this skill as the Tudor Co-Ordinator for the local High School in Siverdale, Wa. This program involved the talents from the Military base Sailors and contractors to Mentor students in math and sciences. A preclude to the current STEM programs of today.

Stanley will serve on Purcellville’s Town Council as a diverse voice of the residents, focusing on maintaining the family values and small town feel of the community. His unique perspective provides an outlook necessary to propel Purcellville in the direction of the future. 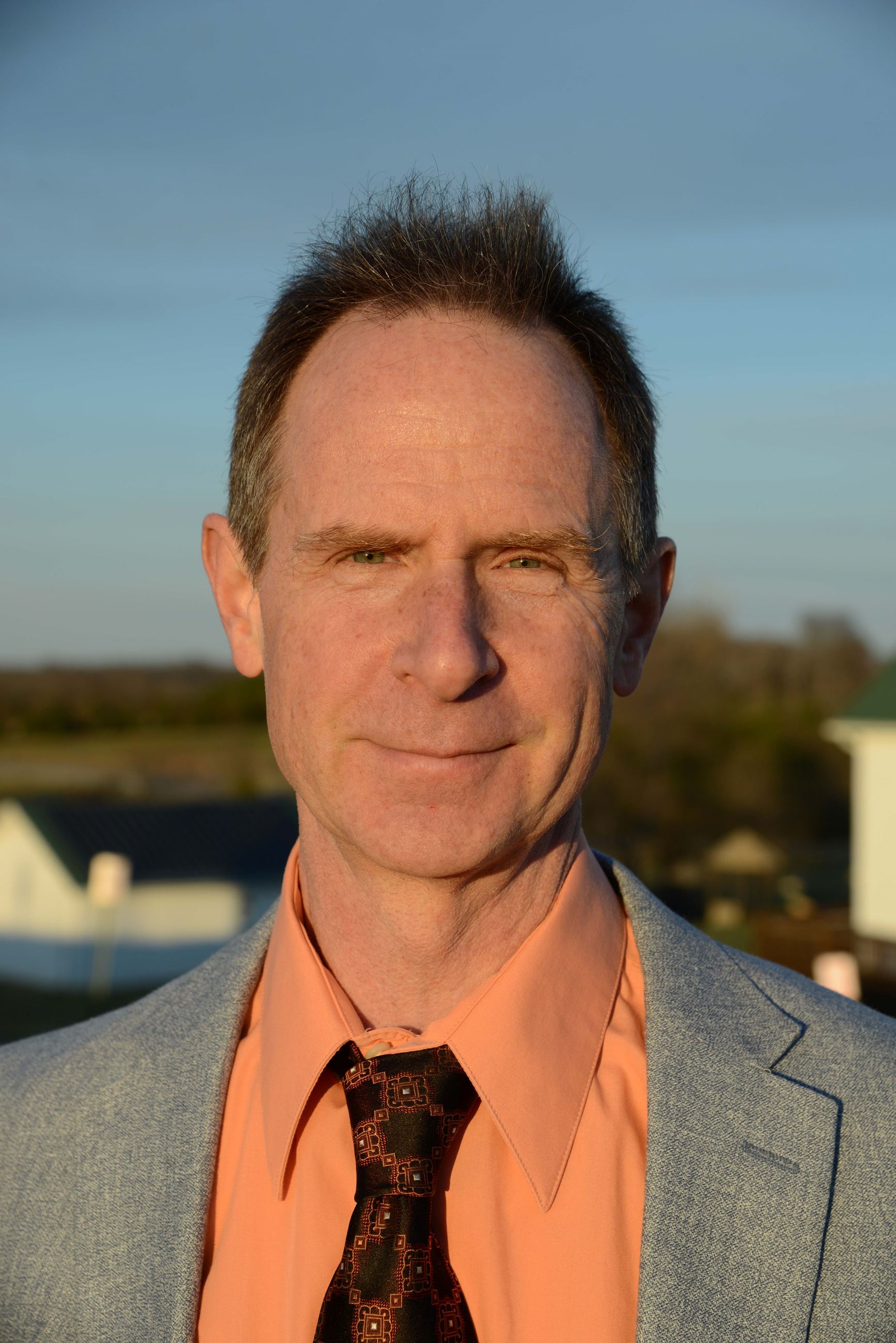 Christopher Bertaut grew up in Washington, DC and attended public schools there. Since then, he has lived in Florida and Georgia before settling in Northern Virginia after graduate school. He has lived in Purcellville since 2005.

Chris has been employed locally in the telecommunications and IT industries for the last 22 years. In the telecom industry, he served in a variety of roles in planning and building networks and driving efficiency while including and uniting competing perspectives to bring better services to the customer. His employers are among the top names in telecommunications, IT, and data center services.

Chris has served our community in a variety of ways. He served for several years as an adult leader for both his sons in the Boy Scouts. He also served on the Town's Economic Development Advisory Committee, helping to develop sources of income from the town's $130 million in underutilized assets.

Chris Bertaut earned a Masters degree in Geography from the University of Georgia in 1998. His Masters thesis was published in a book of papers on Urban Geography. He has more than a decade of experience with geographic information systems.

In his free time, he enjoys distance running, watching movies and spending time with his family.

He is the father of two children, one grown and one enrolled at Loudoun Valley High School. He lives with his wife, Elizabeth and two children in Purcellville.