A marker about the Loudoun County Emancipation Association Grounds is located on 20th Street in Purcellville, Virginia. The inscription on the marker states the following:

The association was organized by African Americans in nearby Hamilton in 1890 to commemorate the preliminary Emancipation Proclamation issued by President Abraham Lincoln on 22 Sept. 1862 and to "cultivate good fellowship, to work for the betterment of the race, educationally, morally and materially." Emancipation Day, or the "Day of Freedom," was celebrated throughout the nation on different days. In 1910, the association incorporated and purchased ten acres of land in Purcellvillle. More than 1,000 people attended the annual Emancipation Day activities here here until 1967. The site served as a black religious, social, civic, and recreation center. The property was sold in 1971. 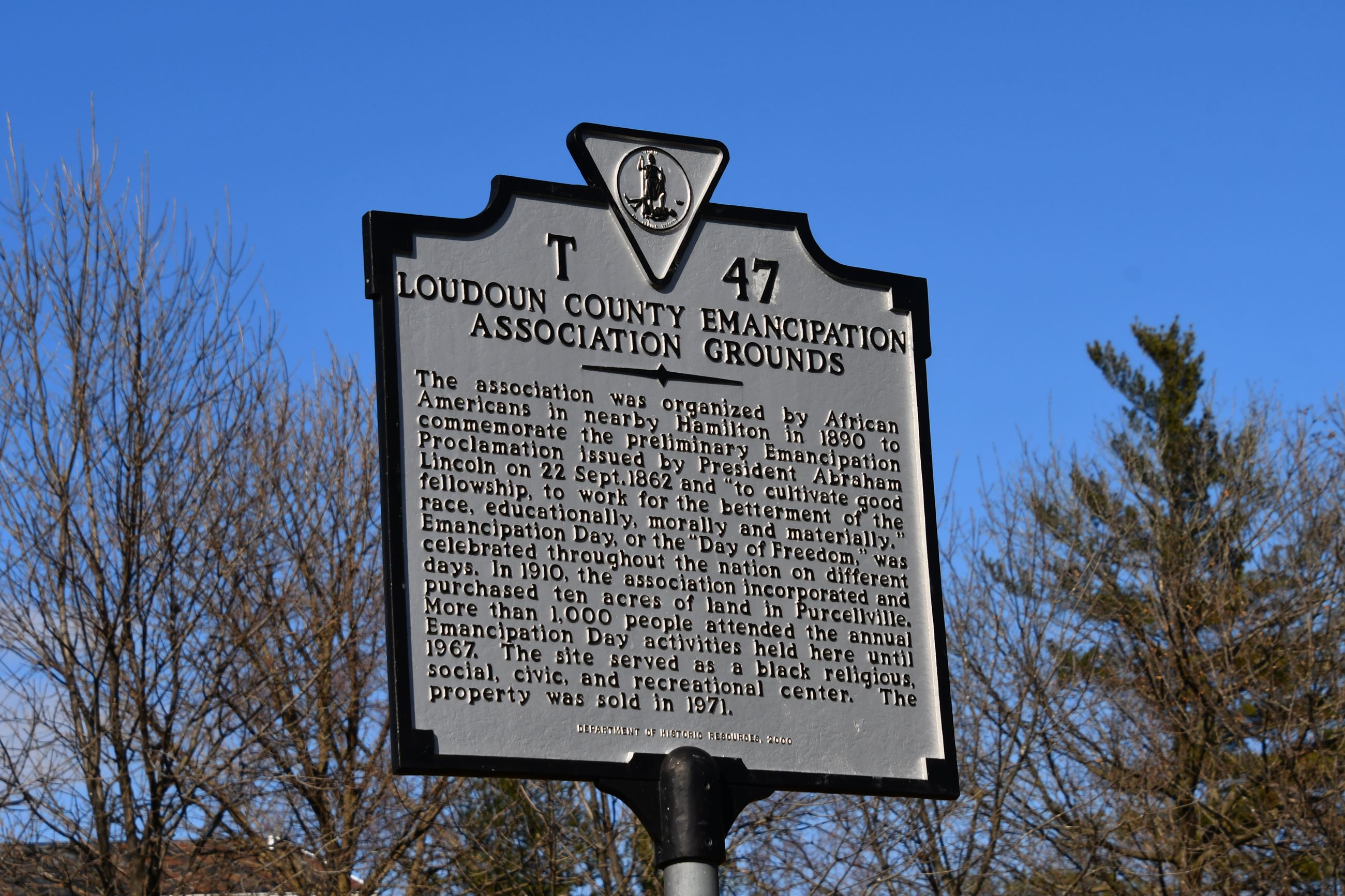 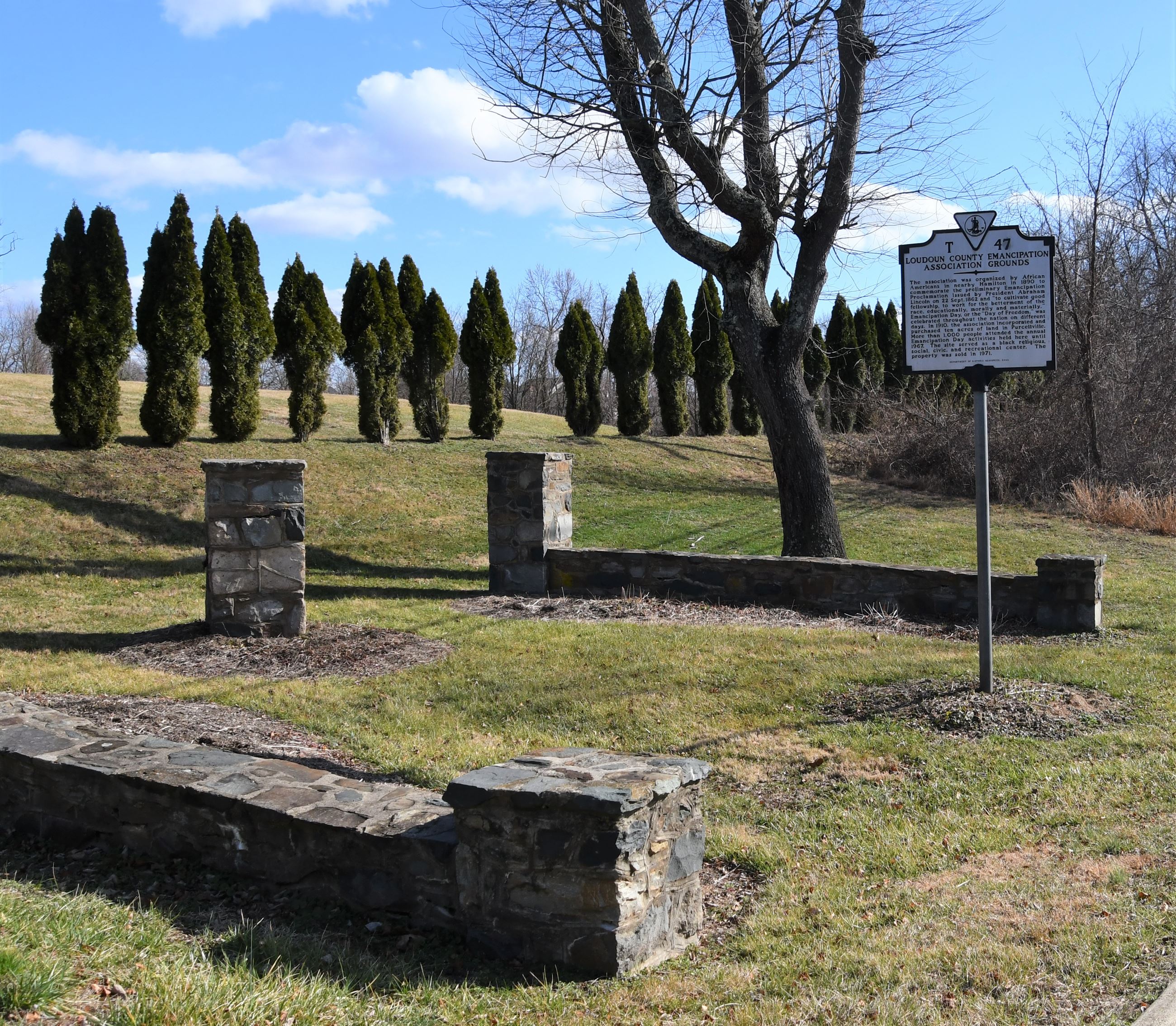